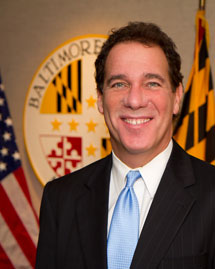 Democratic nomination for Governor. As reported by the Baltimore Sun,